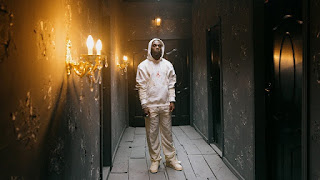 Moreover, the video was shot in Nigeria and directed by renowned cinematographer, Clarence Peters.

Recall, Burna Boy was on Sia’s song ‘Hey Boy‘, Headie One’s song ‘Siberia‘, he was featured on ‘Coming to America‘ soundtrack and he did a song ‘Rotate‘ with Becky G.

More from the blog